Rex Schnitger was born in Cheyenne, Wyoming in 1877 to a father who was very active in public life and he learned the trade of making spurs and bits as a teenager, spending some time working under Dutch Thar. Rex ran a store in Cheyenee for a time selling western items like blankets and baskets in addition to bits and spurs. After marrying he moved and opened a new store in Gillette, Wyoming. He sold goods through his store, but his wares were also listed in catalogs for special orders and he did a good business in silver mounted spurs and bits. Word of his skill spread and he eventually moved to Southern California to work for Edward Bohlin.

Rex also had a group he worked with for a short period called the Range Land Co. and there are rare bits and spurs with this marking that are quite valuable. Rex did not mark his other work outside of that venture so any other bits or spurs must be authenticated by a knowledgable and respectable dealer to be verified as his work. 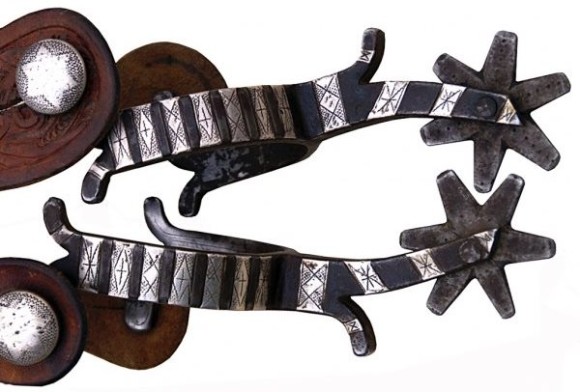